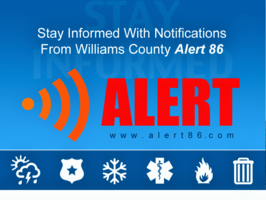 Chief Tim Livengood joined the Pioneer Police Department in 2004 as a part time officer. He returned to Pioneer in March of 2008 and was named as Pioneer’s Chief of Police in March 2009.

Chief Livengood is a long time resident of Williams County. He graduated from Bryan High School in 1987 and joined the United States Army. He was assigned to the Military Police Corps and served as a Corrections Specialist, Military Police Investigator and a certified traffic crash investigator through Northwestern University Traffic Institute. As of 2022, Chief Livengood is CIT Certified.

Lieutenant Jonathan Roberts joined the Pioneer Police Department as an Auxiliary Officer in June of 2009, was promoted to a part-time officer in January 2010, full-time on March 19th, 2012, and promoted to Sergeant on January 13th, 2014.

On May 8th, 2017, Jonathan was promoted to the rank of Lieutenant. Lieutenant Roberts is currently the Evidence and Property Room Manager, Field Training Officer, Terrorism Liason Officer, Taser Instructor, and is a certified School Resource Officer. He was also awarded the Master Criminal Investigator Cerfication through OPOTA, in November of 2021. 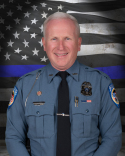 Prior to joining the Pioneer Police Department, Officer Snivley proudly served with the Bryan Police Department retiring as a sergeant after 26 1/2 years. Jim was the first K9 handler for the City of Bryan, served as FTO and also worked on the MAN-Unit while at Bryan PD and was the Reserve Police Officer Coordinator.

Jim was selected by Sheriff Kevin Beck to be Chief Deputy of the Williams County Sheriff's Office for two terms. Jim directed all day to day road patrol and administrative operations of the entire office under the direction of the sheriff.

Jim served with the Northwest State Community College Police Department as patrolman for almost 4 years after his second retirement from the Williams County Sheriff's Office.

Officer Snivley brings with him over 45 years of Law Enforcment experience, training and knowledge to the Pioneer Police Department. Officer Snivley is a certified School Resource Officer (SRO) in Ohio through OPOTA's SRO program. Officer Randy Mills joined the Pioneer Police Department in April of 2022. Randy joined the United States Army in 2002. He was assigned to the Military Police Corps. While in the military he has served in numerous roles within the Military Police Corps. Randy has multiple deployments in both combat and non-combat areas. Officer Mills is a combat Purple Heart Recipient.

Randy served in the 15 years on the active side of United States Army. Randy is currently in the Army Reserves. Randy has worked for Hobbs, New Mexico Police Department and the  Montpelier Police Department over the course of his career.

Randy has an Associate Degree in Criminal Justice from Hocking College. As of 2023, Officer Mills is our new K9 handler with his K9 partner Vader and he will be instrumental in creating this new division within our agency. Officer Mills is also CIT Certified.

Sergeant Scott Pollick joined the Pioneer Police Department as an Auxillary Officer in September of 2009, and was promoted to a part-time officer in January 2010.  Sergeant Pollick was promoted to the rank of Sergeant in July of 2016.

He is also trainined and certified in CPI Training (Non-violent Crisis Intervention) for persons with disabilities and autism. He was a certified APCO 911 Telecommunications Officer and a 911 Telecommunications Certified Trainer for 7 years. Sgt. Pollick currently serves as our Public Information Officer (PIO) and handles all public relations/ social media information for our agency.

Sergeant Wilhite brings with him over 30 years of Law Enforcement Experience.

He became a certified Police Officer in 1991 after graduating from North Central Technical College.

While retired from active duty, Retired Officer Bartel still represents the Pioneer Police Department at several special events such as "Cops with Kids," Village festivals, and other random special events.